Now that the CrossFit Games are on Cable every year, the average gym-goer is becoming more familiar with the “Olympic Lifts”.  These two lifts, the Clean & Jerk and the Snatch, actually combine to form a much older sport of their own.  This sport, Weightlifting, was one of the original events in the Olympics.  It is still an Olympic event today, and because Weightlifters develop so much explosive power, sports performance coaches around the world use these techniques to develop speed and power in the training room.

It has become a common belief, though, that the Olympic lifts are too risky.  I hear people decline to do the lifts all the time, because they have been told they might injure a shoulder.  The average person, or especially an athlete, can’t afford to get hurt in the weight room.  No one wants to miss work.  We are in the training room to get better, not to get injured.  So, is it really true that these lifts are risky?  It’s a question worth asking.

One article on strengthandconditioningresearch.com compared research from 13 scientific studies.  Each study measured the injury rate of participants in various forms of strength training, reported per 1,000 hours of training.  The subjects were all training for competition in their respective strength sports.  The research showed that Olympic Weightlifters sustained injuries at a rate between 2.6 and 3.3 per 1,000 hours.

When you consider all the benefits that come with Olympic lifting, the case for Weightlifting gets even stronger.  The lifts create far greater force production through your legs than squats or deadlifts.  They generate more core engagement than squats, crunches, or sit-ups.  They require coordination and kinesthetic awareness.  The lifts force you to develop speed, strength, power, and even mobility.  You’ll also be forced to absorb the sudden impact of heavy weight; a perk I love for contact sport athletes who will need to absorb impacts in competition.

As a coach, I love the Olympic lifts.  I used to compete in Weightlifting, and have coached Olympic lifting for many years.  I don’t baby my athletes by telling them that these lifts are dangerous.  Many of the athletes that I train are preparing for competition and skills training that is far more dangerous than Cleans or Snatches.  They are tough enough to learn the lifts, and challenging them to do so often produces huge gains in overall athleticism.  The progress in Weightlifting becomes confidence inspiring, a little addicting, and fun.

The pictures in this article are from the first two Weightlifting meets I ever coached.  One of the lifters, Michael Garcia, is a professional MMA Fighter.  He competed in one weightlifting meet when he was learning the basics, and now we use Olympic Lifting to produce his trademark explosiveness in the cage.  The other lifter pictured is EJ Miranda.  He won the meet that day.  Over the past few years he’s also won a Strongman meet and several Jiu-Jitsu tournaments.  Olympic lifting helped to develop power that transferred into other competitions for him as well.

Here are a few tips for learning about the Olympic Lifts: 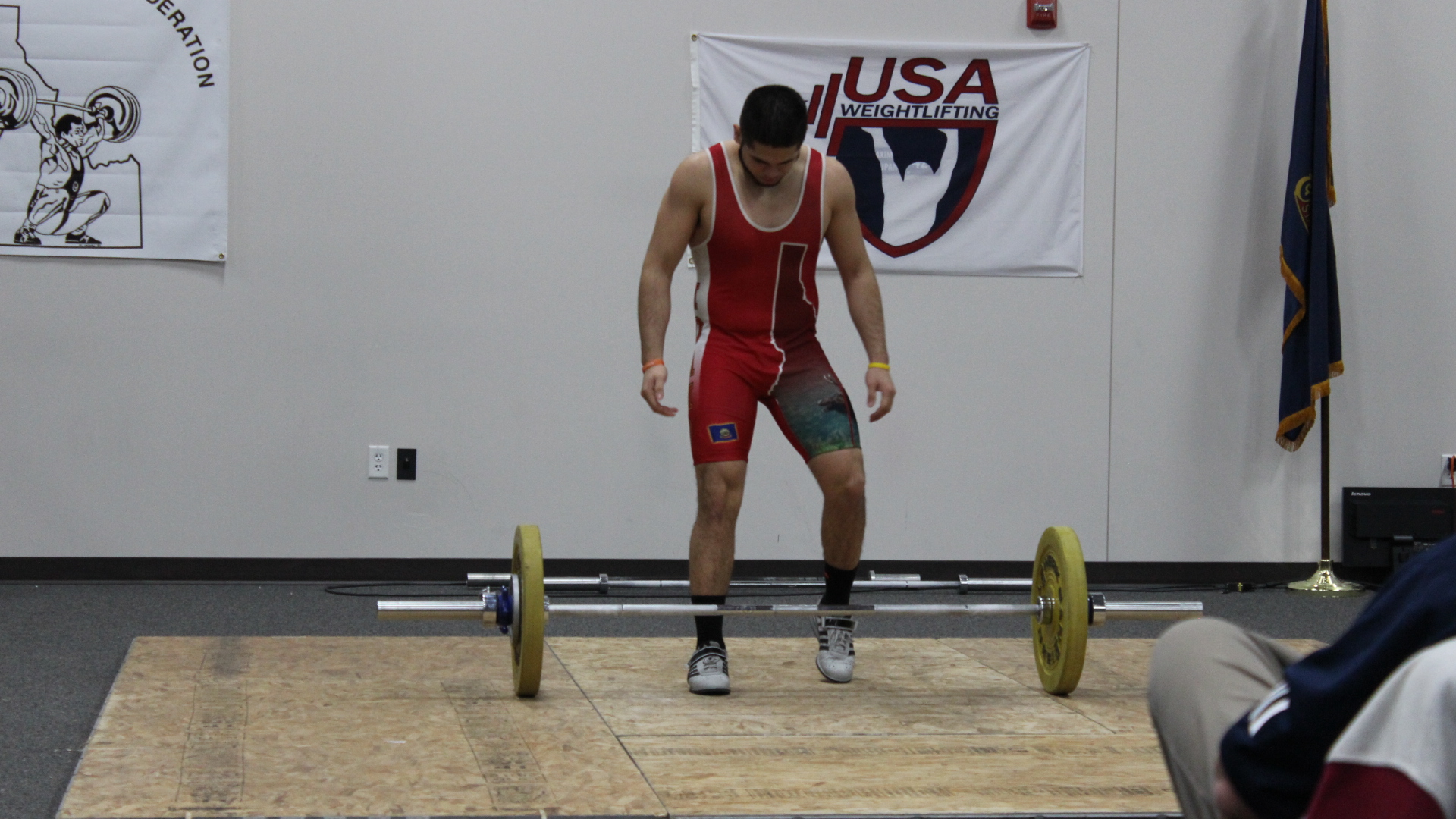